Look and book in Greece, quickly and easily!

Greece is one of the most popular tourist destinations worldwide, as every year it welcomes more than 12 million tourists, placing it among the top ranked countries on the World Tourism Organization’s list of countries with inbound tourists (according to WTO data).

Over the past several decades, alarge- or small-scaled polymorphic and modern tourist complexes have developed in order to cater to the demands and accommodation needs of every visitor.

Greece’s hotel accommodation potential amounts to around 8,900 units with a total number of 352,000 rooms.

Moreover, most of the tourist areas have a significant number of rooms for rent, which operate under the special operational seal of G.N.T.O., while more than 340 camp-sites with 30,000 spots and 2,500 small houses are operating throughout the country. Most tourist lodgings have been recently renovated and upgraded and now offer high-quality modern facilities.

Tourist residences and villas: self-catering dwellings provided in various sizes as holiday accommodations, depending on the needs of the tourists.

Campings: organized places for camping throughout Greece which operate under the official G.N.T.O. seal. They provide places for tents or caravans, as well as small bungalows, while their facilities provide a wide range of services. Places can be booked through travel agencies.

You can get information through the search form of the Pan-Hellenic Campings Association. Free-range camping or parking outside legal camp-sites is not permitted.

Find a hotel or a camping through the Hellenic Chamber of hotels. Whether you want a budget accommodation in an apartment with all the requirements for happy holidays with your family or looking for a luxury home, visit the official website of the Confederation of Greek Enterprises for Rented Villas & Apartments.

The delightful country of Greece welcomes travellers all year round. From the moment the visitor reaches Greece he has many challenging options: he can tour the mainland or visit the islands, or even combine both. Wonderful landscapes, world heritage monuments, religious pilgrimages, vibrant traditional culture, intense social life, important cultural events and all kinds of sports activities are just some of Greece’s attractions.

Travel within the country is relaxed, safe and reasonably priced. The road network is extensive allowing one to visit many different corners of the country. Rail travel is particularly affordable and offers a comfortable journey. Flights both on the mainland as well as to islands are frequent. Ferries, the trademark of Greek summer, make regular trips. Even the smallest Greek island can be reached by ship. Besides, there is also a regular service between the islands. One can take a trip by combining various means of transport or indulge in the safety of organized travel. It is certain though that whichever way the traveller chooses to see Greece, he will be captivated by its beauty and diversity.

Each year Greece welcomes visitors from all over the world. In summer of course tourist movement soars as the Greek sun is synonymous with freedom and a carefree lifestyle, yet the country’s mild climate and many attractions, along with its excellent infrastructure, have made Greece a favourite destination in winter too.

One can travel to Greece in many different ways: by road, plane, train or sea. Major roads link Greece with Europe and Asia. The country’s airports provide top-notch services. Rail connections with Europe allow for a lovely nostalgic journey. And last but not least, Greek ports welcome ocean-going ships and local ferries all year round.

By plane, ship, train or car, or even a combination of transportation means, traveling to Greece is relatively simple and quick, even though it is situated at the southernmost corner of Europe and the Balkan Peninsula!

lanning a holiday to Greece? Read our guide to the best regions, with expert advice on the islands, including Santorini, Mykonos, Rhodes, Crete and Corfu, and the mainland, including the Peloponnese and Northern Greece. You will also find recommendations on getting there. By Jane Foster, Telegraph Travel Greece expert.

A holiday in Greece conjures up images of idyllic islands, long sandy beaches, sun-bleached ruins and turquoise blue sea. But with miles and miles of mainland coastline and over 1,000 islands (no one is really sure how many there are – even those numbers vary), of which 227 are inhabited, how do you find the ideal holiday destination?

Of all of the hundreds of pristine, idyllic beaches on Greece’s many islands, Navagio “Shipwreck” beach on Zakynthos is instantly recognisable

First, the islands. The Argo-Saronic archipelago, including most people’s favourite, tiny Hydra, with its chic boutique hotels occupying restored neo-classical mansions, and Aegina, with its pistachio orchards, lies the closest to Athens. The Cyclades, of which the most popular are Santorini and Mykonos, tend to be rocky and arid, and are known for their iconic whitewashed cubic buildings. Santorini and Mykonos are Greece’s most commercial and expensive islands, and also home to the highest concentration of five-star hotels, attracting international travellers in search of glitz and luxury, while smaller islands such as Antiparos and Koufonissi are more off-beat and restful.

Sunset in Oia in Santorini, Greece

On the far side of the Aegean, close to Turkey, the Dodecanese are scattered around Rhodes, with its hauntingly beautiful medieval old town, and diminutive Patmos, with its timeless monasteries, while the low-key pine-scented Sporades include Skiathos.

The lesser-visited Northeast Aegean islands centre on Mytilini (aka Lesbos), where anise-flavoured ouzo comes from, and Chios, with its medieval villages and mastic trees. The biggest Greek island, Crete, stands on its own, rising proudly from the Libyan Sea and facing towards North Africa. Its main entry points are Heraklion and Chania.The only islands that are not accessible by boat from Piraeus are the lush green Ionian islands, with most people’s favourite being Corfu. The Ionians tend to be favoured by British holiday makers (and Italians in August), and cover a broad spectrum from the budget to the luxury markets. They also have some outstanding beaches.

Most package holidays will take you to islands with direct flights from the UK – which is fine, but it does mean that they are going to be busy, and touristy. To reach quieter destinations, independent travel and a few hours studying the prohibitively complicated Greek ferry timetable (greekferries.gr) is required.

Some tour companies have caught onto this conundrum and offer a possible solution: Greece specialist Sunvil (020 8568 4499; sunvil.co.uk) proposes several multi-centre itineraries combining two destinations in one holiday, such as Kefalonia with Ithaca, Samos with either Patmos or Ikaria, or Athens with Andros (a favourite bolthole for wealthy Athenians).

Back on the mainland, the Peloponnese is all about rugged mountains, fertile valleys and several outstanding archaeological sites, such as Ancient Corinth, Ancient Olympia and Epidaurus – the latter lies close to Nafplion, which many Greeks consider their most beautiful and romantic city.

To the south of the Peloponnese, Kalamata (where the olives come from), lies close to the Mani, a rugged peninsula with windswept villages of old stone cottages, some of which have been restored as holiday homes.

Northern Greece, which centres on Thessaloniki, is popular with holidaymakers from Bulgaria and Serbia, who stay at the big modern seaside resorts on Halkidiki, close to the monasteries of Mount Athos (which occupy a separate peninsula).

You’ve been here in your dreams…

They say that nowhere in Greece can boast beaches like those of Halkidiki. The region has the perfect combination of that distinctive Greek light, unspoiled landscapes, colours and fragrances. And the glorious natural setting is complemented by the rich culinary fare of the region and the living religious traditions of its people, manifested in a host of feast days and other ceremonies and rituals.

This is a place where all your senses will come to life, whether on the endless expanses of sand of the fashionable, cosmopolitan beaches, or in the intimacy of the many secluded bays and coves. The scent of the pine trees and the salt brine of the sea combine to relax the body and spirit, leaving you at peace to enjoy the grandeur of the regions famed sunrises and sunsets.

Wherever you go, you are more or less guaranteed warm, sunny days and balmy nights from June through to September. Like other Mediterranean countries, Greece sees its peak tourist season in the hottest months, July and August. If you want to avoid the crowds, and the heat, try to visit in June or September, when the sea is warm enough to swim, the hotels and restaurants open for business, but the locals not too fazed by the onslaught of holiday makers. Jane Foster.

Special offers collected for you 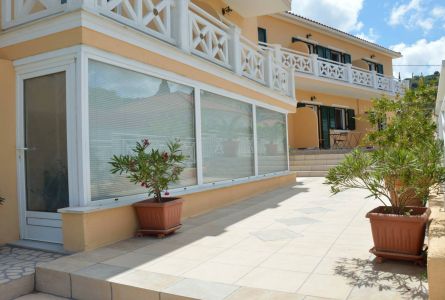 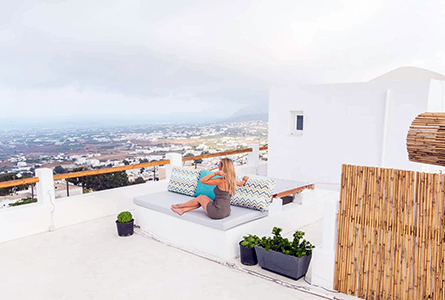 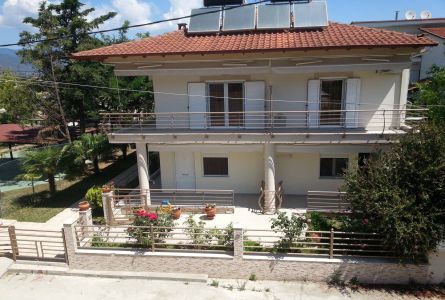 We will help you find what you need quickly and easily